If Progress Is Inevitable, Why Do Some Businesses Still Struggle with Change?

This article was written by Jim Stewart, Founder of DocuSend. 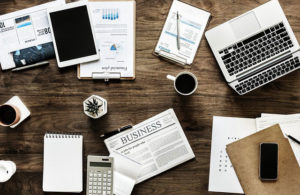 All businesses struggle with change to some degree. It’s just so easy to slip into one of those all-too-familiar “comfort zones,” and before you know it, you find yourself stuck there. And the worst part is, it’s not the safest place to be for very long. As small business owners and operators, we know that even though we may be on the right track, we still might get run over by a train if we don’t keep moving. And have you ever noticed how some businesses have a much more difficult time coping with change than others? Even the most dedicated advocates of progress sometimes find themselves overwhelmed by rapid changes in technology. Ignoring change completely can cripple the growth of any business.

So, let’s take a closer look. Why do some businesses struggle more than others? Let’s start by going back to that all-important comfort zone. When you’re comfortable, you may not even be aware a problem exists. You become content with the way things are. Complacency is not a good place for any SMB to be in. If we stay there, our competitors will creep up on us. So, let’s dig a little deeper. Here’s a story for those of us who occasionally lose sight of why things are done the way they are. It was related to me by a very smart instructor who taught a course in productivity years ago, but I never forgot it.

“A Ham Recipe in Need of an Update”

A friend of mine (Pete) had been married a few weeks when one night his wife surprised him with a delicious ham for dinner. “This is the best ham I’ve ever had!” he exclaimed to his new bride, making her beam with pride. “Where did you learn to make this?” “Well, the recipe has been in my family for generations, and my mother recently passed it on to me because we’re married now” she replied. “So, how do you make it?” Pete asked. “You just buy a good 8-pound shank ham, cut one third off the end of it, baste the remaining two thirds with a special marinade, and cook it at low temperature for 6 hours.” Pete was impressed, but a little perplexed.

“That’s great, but why do you cut a third of it off before you cook it?” he asked. His wife looked a little annoyed. “My mother taught me how to make this ham, my grandmother taught her, and my great-grandmother taught her before that. The only thing you need to know is it’s the best ham you ever had.” Seeing she was growing a little protective of her family recipe, he decided to drop it.

Curiosity finally caught up with Pete a few days later. He decided to call his mother-in-law and ask why she cut off a third of the ham before she put it in the oven. To his surprise, she gave him a similar reply, using the identical irritated tone his wife had. “I taught my daughter the same as my mother taught me and her mother taught her before that. You men are all the same! All you need to know is it’s the best ham you ever had.”

Obsession began to overtake curiosity, and Pete was now on a mission. He had to know the reason behind this strange recipe, even at the risk of irritating his wife’s family. He called the grandmother and was not surprised to get the same answer. Knowing it was his last chance, he paid a visit to the great-grandmother, who happened to keep a very keen mind in spite of her advanced age.

“You’re my last hope!” Pete cried. Why in heaven’s name does your recipe call for one third of the ham to be cut off before you cook it?” She looked him square in the eye, the beginning of a smile curling her lips as she whispered in a composed voice, “I don’t know why they do it, but I didn’t have a big enough pan to put it in.”

So, Did the Recipe Ever Actually Change?

That was the end of the story as it was told to me, but I like to think that Pete’s wife went out and bought a bigger pan or a smaller ham when she heard what her great-grandmother said. Here’s the kicker: if Pete’s wife or any of the other cooks in the family ended up sticking to the original recipe, which isn’t entirely out of the question, what possible reasons could they have come up with? I thought of a few that can generally be applied to businesses and organizations:

If you care to comment or add any more reasons you can think of, just skip to the comment section at the end of the article. You never know what small businesses you might help out by doing so.

Let’s dig even deeper. What do ham recipes have to do with DocuSend and small to medium size businesses? 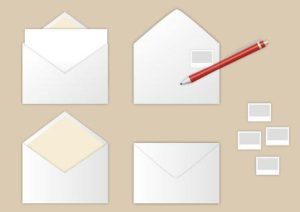 It only takes a few minutes for any SMB to upload a single invoice, or thousands of them, to our cloud-based print-to-mail service, and all documents are mailed by the next business day. Not using it is the equivalent of wasting good ham. There’s no registration, no commitment, no minimum charges, no obligations, no contracts, and no risk. What’s more, you will save at least 50% by not printing documents and stuffing envelopes manually.

So, what possible reasons could businesses that mail invoices or other documents have for choosing NOT to use DocuSend?

I see it every day, in every type and size of business; people caught up in that comfort zone, just waiting for the train to come along and run them over. Over the years, I’ve heard the same old explanations, marinated in resistance to change:

“Oh, I only mail 40 invoices per week, so it doesn’t take me much time.”
“I pay my mother-in-law to mail bills at the end of the month, and my wife would kill me if I stopped.”
“I only stuff envelopes in my spare time!” (I love that one.)
“We’ve always done it that way.”
“What would we do with all our stationery and envelopes?”
“I’m just sitting here at the reception desk not doing anything anyway.”

Don’t get me wrong. My intention is not to question the way anyone operates their business; my intention is to raise questions that may not have occurred to some SMB owners.

It might sound crazy, but I’d like to know if there are actually any high-level small to medium business operators or owners out there who still think paying employees to print and stuff envelopes is an efficient way to have them spend their time. Especially in a world where DocuSend exists. 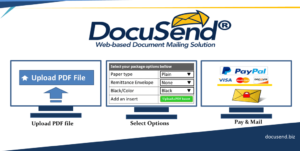 So, what’s the upshot? I am greatly encouraged by the resilience and perseverance of the thousands of SMB owners who have not fallen into the trap of doing things the same old way. I’m talking about the people who take a leadership role in replacing the time employees spend stuffing envelopes with assignments like:

I once got a call from a landscaping company just to ask if some minor work they did in our yard was OK. How can you beat that? As long as they continue to provide good service and a follow-up protocol like that, I will be their loyal customer for life.

As always, please share your ideas and innovations in our comments section. We would love to hear how you would use the time your business saves by not stuffing envelopes. Your suggestions can benefit SMBs across the country.

This post was sponsored by DocuSend, an app that provides a cost-effective way to streamline mailing of invoices and estimates. Learn more about DocuSend here.

This site uses Akismet to reduce spam. Learn how your comment data is processed. 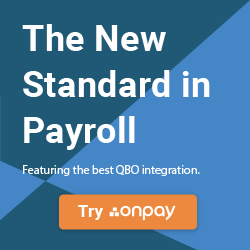